TORRANCE, Calif., Aug. 31, 2020 /PRNewswire/ -- Acura captured a sixth consecutive podium at the Pikes Peak International Hill Climb, with driver James Robinson finishing third in the highly competitive Time Attack 1 class. Robinson's time of 10:01.913 in a 2019 NSX, bested his previous fast time of 10:02.448 (set in 2018) to establish a new record for a production vehicle with a hybrid powertrain. 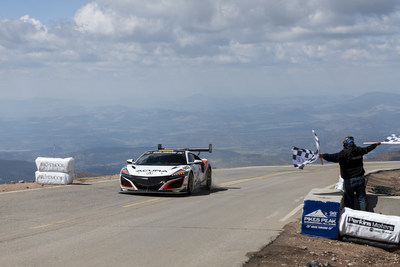 Two race prepared 2021 Acura TLXs made their motorsports debut at the 2020 "Race to the Clouds", ahead of the second-generation sport sedan's arrival at dealers on Sept. 28. Drivers Jordan Guitar and Justin Lumbard, both engineers at the company's Ohio R&D Center, finished fifth and sixth in class, respectively.

Pikes Peak serves as a test bed for new Acura performance technologies and as an opportunity for the company's engineers to further sharpen their performance-focused driving and engineering skills. The Acura Pikes Peak race team is comprised of a group of volunteer engineers who are responsible for all aspects of competition, including the development of vehicles, race prep, crew support and navigating race cars to the finish line.

About Acura
Acura is a leading automotive nameplate that delivers Precision Crafted Performance – a commitment to expressive styling, high performance and innovative engineering, all built on a foundation of quality and reliability. The Acura lineup features five distinctive models – the ILX and TLX sport sedans, the RDX and MDX sport-utility vehicles and the next-generation, electrified NSX supercar. All Acura models sold in North America for the 2021 model year are made in the U.S., using domestic and globally sourced parts. 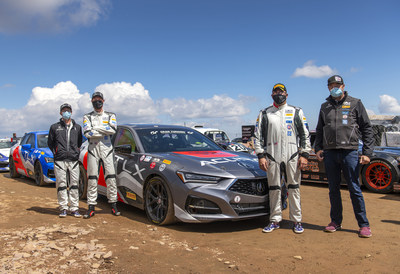 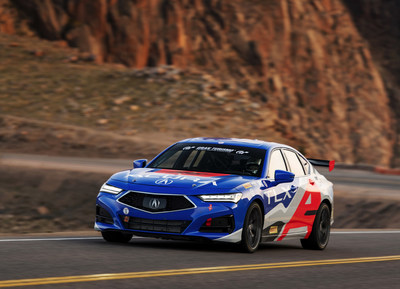